skip to main | skip to sidebar

It's the peculiar name for a movie: Blood Done Sign My Name. I returned home moments ago after seeing the movie in a local Shelby, North Carolina theater. I seldom go to movies but this was a "must" because it was filmed locally--and I had a bit part as an "extra." Well, I had a bit part but it must have ended up on the cutting-room floor. Read additional information here (but this link may not last forever). The movie is in "limited release" so I really have very little time to advise my readers that I think this is a "must see." Based on true events and a book by the same name.

Copied from the Netflix website: Recounts the aftermath of the murder of Henry Marrow, a 23 year-old African American Vietnam veteran who was killed by a prominent white businessman and his grown sons in Oxford, North Carolina. Responding to the crime and the sham trial that followed, many young African American men take to the streets, engaging in riots and vandalism. However, Marrow's cousin, Benjamin Chavis, decides that the best way to protest the government's unwillingness to intercede is to organize a peaceful march on the state Capitol. What begins as a small group of Marrow's outraged friends and relatives soon grows to become a crowd of thousands over a three-day, fifty-mile trek to Raleigh. Ten years old at the time, Timothy Tyson watched as his father, pastor of the all-white Methodist church, tried in vain to get his congregation to reconcile with their African American neighbors. It was already too late; the black citizens of this small Southern town had decided to take matters into their own hands.

Logline: In 1970 Henry Marrow, a black Vietnam veteran, is murdered by a local white man, Robert Teel, and his sons. The Teels were acquitted by an all-white jury, which caused riots and arson in Oxford, North Carolina.

MPAA Rating: PG-13 for an intense scene of violence, thematic material involving racism, and for language.

Posted by Lorraine Frantz Edwards at 7:03 PM No comments:

It is such a joy to advertise that this is the first anniversary of my diagnoses of the source of my major health problem!! A year ago I was at death's door and could not seem to recover. On February 9th, 2009, I resolved to sit at the computer and search the Internet until I found an answer. I wrote all the details in a lengthy document that you can read by clicking here.
Today I am in remarkably good health. I am in the process of "downsizing" my possessions, giving up my apartment, with plans to travel extensively. Oh happy day!!
Posted by Lorraine Frantz Edwards at 5:55 PM 1 comment: 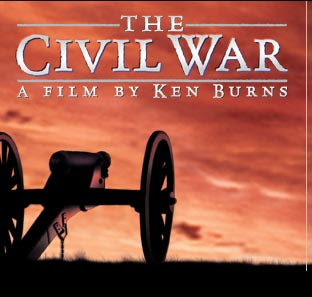 Watching "The Civil War" again (right now, 4:45 PM). I watched it last night (8:00 'til 10:00 PM). It is so awesome (in my humble opinion) I want to watch the first episode again. And I'll watch next week, and the following weeks!! This is a rebroadcast of the same series twenty years ago. It has been digitally remastered, with enhanced sound.

Posted by Lorraine Frantz Edwards at 4:44 PM No comments: 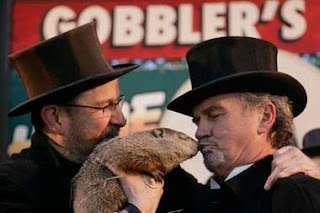 Punxsutawney Phil saw his shadow yesterday. Alas, six more weeks of winter according to the prognosticator. I'm eager for nice weather so I can utilize my T@B trailer. You too??

I'm a day late posting this "Groundhogs Day" message because I didn't have a WiFi signal yesterday. But that's OK because I had plenty of things to fill my time. I'm waist-deep in boxes, wrapping paper, etc., as I pack for a move from Shelby.

Our weather has been (according to weather forecasters) "unseasonable." So much rain plus two snow storms!! Occasionally we have a couple of nice sunny days where I can dash to the market. After dense fog part of the morning, today we had blue skies and sunshine. I took a load of laundry to the laundry room here in the apartment complex. The sidewalk is in the shade so (at 3 PM) still a sheet of ice. I walked with extreme caution!! 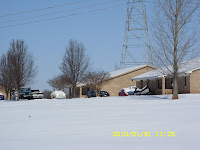 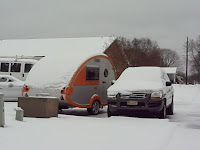 I'm happy to report that I've made remarkable progress packing my things. Most of the kitchen items are packed; just the bare essentials available. Most of my dressier clothes have been packed in to large plastic bags with air vacuumed out. I'll travel with a very casual wardrobe. In the process..., I've also set aside lots of things for the Senior Center Indoor Flea Market, and local Thrift Shops. Two carloads (of donations) delivered thus far. A lot of trash went to the apartment dumpsters this afternoon. Let me clarify: "trash" being shredded paperwork, old magazines, etc. If an item has any reuseable value it will be recycled.
Posted by Lorraine Frantz Edwards at 5:55 PM No comments: 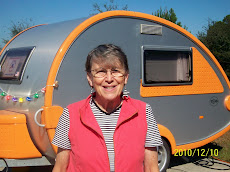 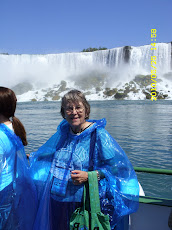 At Niagara Falls, on Maid of the Mist. 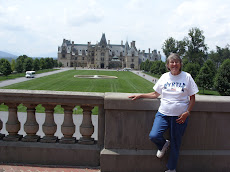 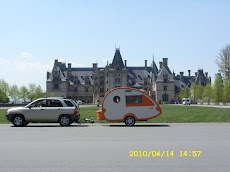 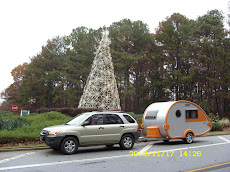 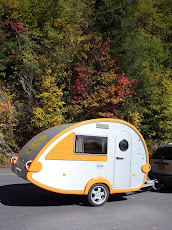 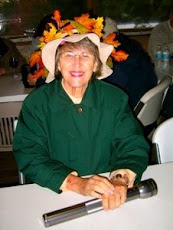 Reading my blog, there are occasional
references to RV's I have owned over
the years. These are the three most
recent... stretching back to the 80's.
I've loved each one!! 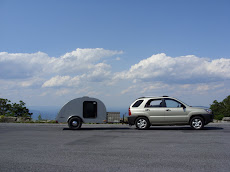 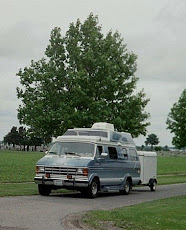